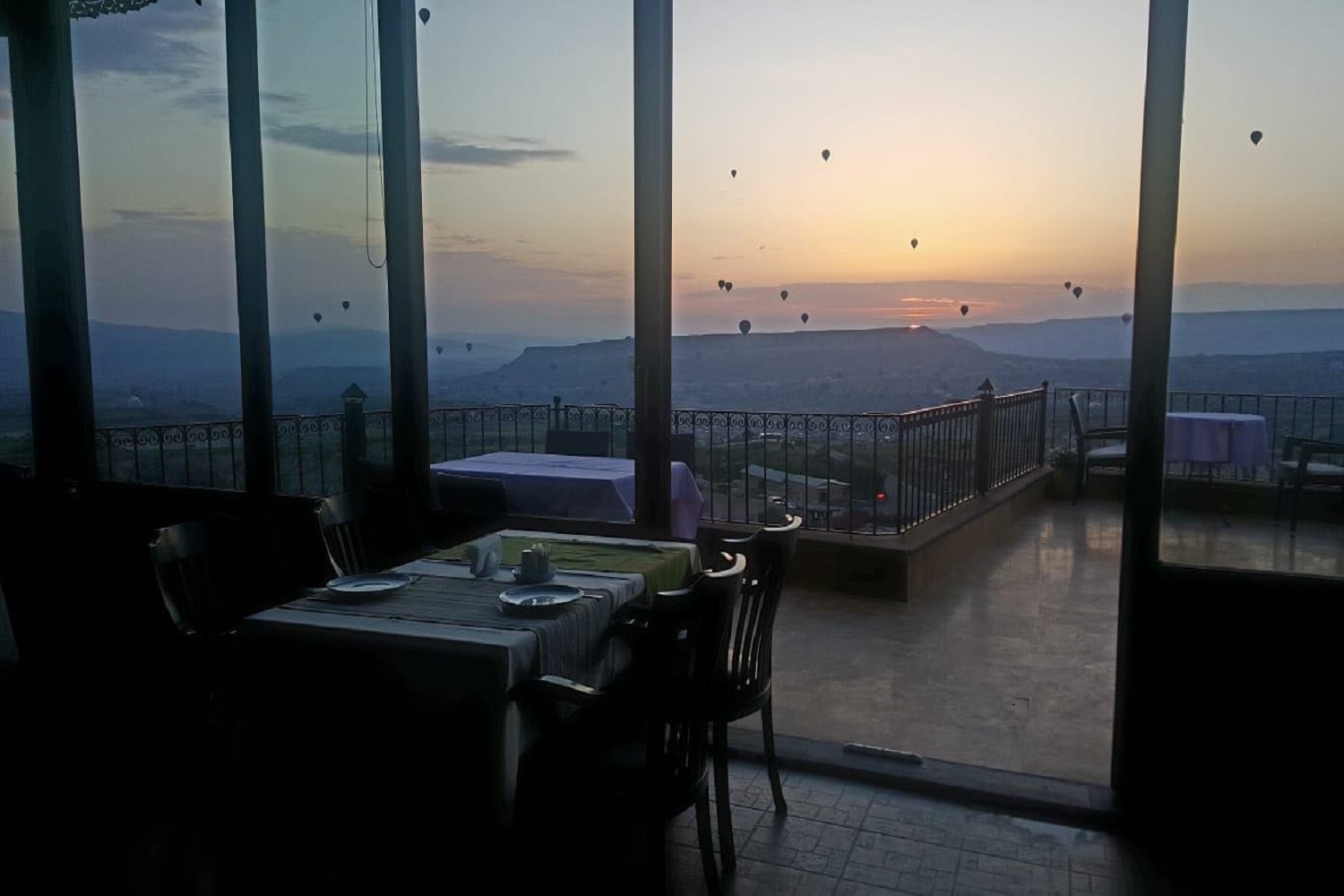 The geological formation of Cappadocia is anatural wonder of our world and is the result of two contradicting natural forces. One of these forces is the volcanic outspurts of the region which led to itscoverage with lava, ashes, tuff, and volcanic residue. The second force then is the territorial erosion that started after the volcanic build up was over.

The Taurus Mountains of south Anatolia emerged at the Tertiary stage of the geological development just like the European Alps have been (65-2 million years prior to our time). In this stage of "mountain building", deep crevasses and subsidences occurred in central Anatoila. The molten rock (magma) at the earth's core emerged to the surface through these crevasses and formed the volcanoes of Erciyes, Develi, Melendiz and Keçiboyduran. These volcanoes formed a volcano chain paralel to the Taurus mountains and strong erruptions followed. The volcanic lava, ashes and tuff moved slowly towards the subsidences of the region and covered the formerly shaped hills and valleys, thus turning the whole region into the huge plateau we see now.

The reasons of the erosion whish rendered Cappadocia its present scenery have been the winds, the rivers, and the rains. The other factors of the scenic formation of Cappadocia are the climate of the region with its sharp temperature changes, and the melting snow of the mountains. These sharp changes in temperature gave way to splits in the rocks which were filled up with rain water. As these crevasses froze in winter, the rocks cracked and seperatedd., but the main factors of erosion have been the rains and the rivers. The Nevşehir and Damsa streams which flow into the Kızılırmak river played the major role in the formation of the famous cappadocian valleys. Particularly the area between Nevşehir, Avanos, and Ürgüp, Where the thickness of the tuffs in the old valleys reached almost a hundred meters, got extremely affected by erosions. The rain waters filled uq the crevasses on the surface of the plateau and gave birth to the streams and rivers. The volcanic residues and the eroded earth got carried away by the rivers which sometimes cut the volcanic surface so sharply, that seperate hills came into existence.